Deputy President Cyril Ramaphosa will testify at the Farlam Commission of Inquiry this month. The provisional date for Ramaphosa’s testimony had been moved to the 11th and 12th of August. IOL reported the following on July the 3rd:

“In 2012, on the second day of the public hearings, Dali Mpofu SC, for the miners wounded and arrested in the August 16 shooting, said Ramaphosa had condemned the protests in an e-mail. He described them as criminal acts, and suggested “concomitant action”.

“This (e-mail) was on 15 August at 2.58pm, exactly 24 hours before the people were mowed down on that mountain,” Mpofu said at the time.

“He advanced that what was taking place were criminal acts and must be characterised as such. In line with this characterisation (Ramaphosa said) there needs to be concomitant action to address the situation,” said Mpofu.”

Read more from this article on IOL and keep following the Marikana Commission of Inquiry closely.

“Former Police minister Nathi Mthethwa appeared for his second and final day at the Marikana Commission of Inquiry on Tuesday. In the tense, frenetic-paced cross-examinations he was accused of exerting political influence on the operations of the police, lying to the Commission, and failing to provide leadership and accountability. Mthethwa, of course, denied the allegations. GREG NICOLSON reports.”

Another great article by The Daily Maverick, keeping us informed about new developments at the Marikana Commission of Inquiry. Read the full article here… 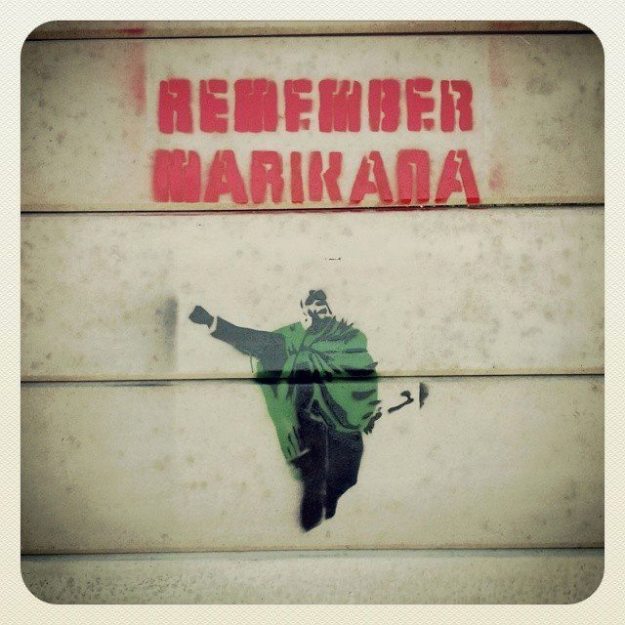 “Former police minister Nathi Mthethwa was confident on his first day at the Marikana Commission of Inquiry. His testimony is crucial in understanding whether political influence played a role in the deaths of 44 people. Mthethwa, now arts and culture minister, has been steadfast in his defence, but can he keep it up?” By GREG NICOLSON.

An insightful article by Greg Nicolson, published in The Daily Maverick. Read the full article here… 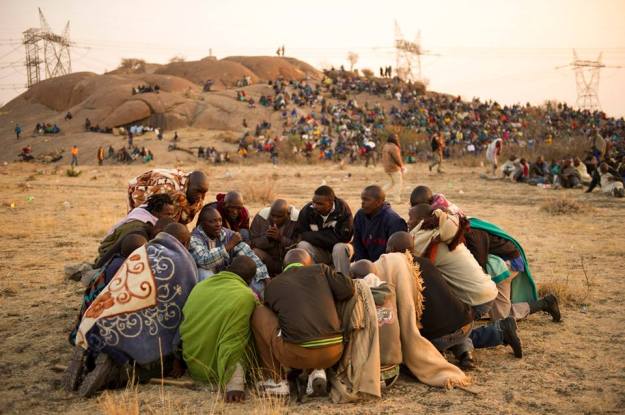 As a progressive media and communication initiative, Amandla exists to create a platform and progressive space that facilitates critical analysis and open dialogue.

A must read article by The Daily Maverick:

His analysis offers an indicator of winner/loser based on contrasting the final settlement with the initial demand and initial offer. But this is arbitrary. Workers’ demands are based on various considerations, including views about what is just and assessments about what constitutes a good mobilising and/or bargaining position.

As South African’s, mining plays an important role in all of our lives. The Open Society Initiative for Southern Africa has published a fascinating article that discusses the exploitation and export of Africa’s mineral resources. Here is an introductory extract:

There are two economic realities on the African continent today. You will find the first one in World Bank, IMF and Africa Development Bank reports – and in articles across the globe about ‘Africa Rising’. This reality depicts Africa as a continent that is forging ahead – onwards and upwards. And some of the world’s best performing economies are indeed in Africa, such as Angola and Mozambique, which are growing at an extractive-powered rate of knots. Meanwhile, other southern African states are also surging ahead – with Zambia, Zimbabwe and the Democratic Republic of Congo (DRC) growing at speeds not seen in a very long time.

The second reality depicts Africa as the world’s poorest continent, where the majority of people live with no access to clean water, decent health care, education and electricity, and struggle to survive in the face of high levels of unemployment, poverty and inequality. This is the reality we see all around us when we travel through southern Africa.

Unsurprisingly, many people are asking how there can be two such conflicting realities.

Click through to the OSISA website to read the full article and educate yourself on mining related issues.

The Marikana Support Campaign has grown considerably over the past 6 months, this has been assisted greatly through the 140+ plus screenings of Miners Shot Down that have taken place around the country.
We are requesting that the campaign holds a number of regional meetings over the next two weeks to discuss what activity they will be undertaking. At present there are number of ideas and tentative plans. What we do know is that they will be a commemoration of the killings/ celebration of the strike in Marikana on the 16th of August. The Gauteng Strike Support Committee have agreed to pull out all the stops on the day and are planning pickets of police stations and organising as many screenings of the documentary on that day as possible. They also aim to have a presence at the rally in Marikana.

The MSC steering committee are reaching out to all areas where we have a sufficient critical mass to organise activities on this day and assist in calling regional meetings. Many of the NGO’s and CSO’s will have the capacity  to organise screenings and fundraising functions. Many of the CBO and civic structures have tentative plans of picketing at their local police stations, while others have plans to organise rallies. We also expect trade union support from NUMSA and some NACTU affiliates.
Internationally pickets of SA Embassies and consulates are planned in Europe and North America.
We believe it will be worthwhile to have regional meetings in the following areas and will be getting in contact with leading activists in these areas to see how we can assist:
On behalf of the Marikana Support Campaign Steering Committee